Turmeric – Natural Remedy for Bell’s Patsy‘Pharma Specialists concluded that Chinese Ginseng would soon be replaced in preferences of consumers by its Indian equivalent, which amazed the researches in laboratories’.

Ashwaganda (Withania somniferia), the Indian Ginseng is a tropical plant, from the tomatoes family. Its roots are a treasure of energy-stimulant substances. Under its action, the patients observed general improvements in their state of health. The healing time after surgeries is reduced, and it is believed to have anti-cancer effects.
The plant is recommended at any age, and it can replace not only Ginseng but also other natural and chemical remedies. Eight types of tumours started an absorbing process after being treated with Ashwagandha extract. 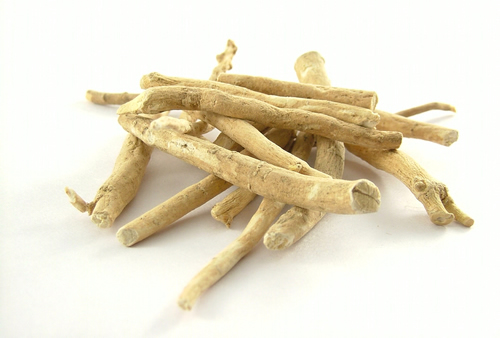 Even if it is too early to proclaim Ashwagandha as the next natural wonder elixir, it convinced some people of its beneficial effects, at least when it comes to treating exhaustion.

So, who are those people so convinced about its benefits? Let’s start with Gwyneth Paltrow, who uses Ashwagandha as a part of her ‘stardust’ breakfast. 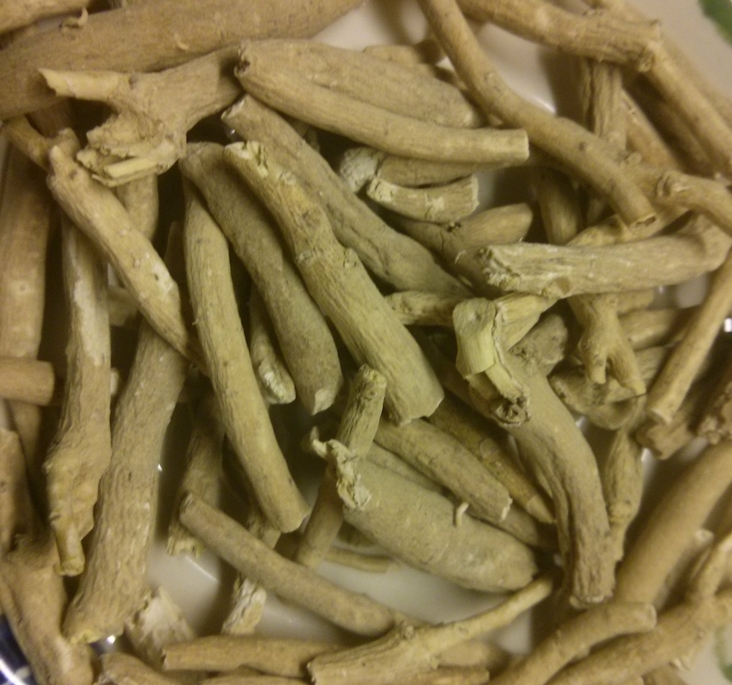 Ashwagandha is the perfect rejuvenating remedy for tired people. If you can’t keep up with a stressful period in your life, you can rely on an Ashwagandha treatment to improve your general state of health.

It has as an effect the stimulation of the immune system, helping you to sleep better and to wake up less in the evening. The influence of Indian Ginseng is beneficial on the brain. It helps it relax, so it is good for improving the sleeping functions. Ashwagandha is an adaptogen herb. The concept ‘adaptive herbs’ is recent in the world of herbal remedies and natural supplements. It defines the species helping the organism to adapt to extreme conditions of physical and psychical stress, and even to outside factors such as pollution or thermal changes. It is the reason for which this treasure long hidden on the heights of the Himalayan heights is available now for the Occidental World.

The processes that are usually disturbed by stress are regulated, such as the production of leukocytes and corticoids. Moreover, it diminishes the inflammatory reactions, having a natural effect resembling with the of the Prednisolone. Even the symptoms of anxiety are reduced.

“Ashwagandha (Withania somnifera) is the Ginseng if the Ayurvedic System, because of its capacities of increasing vitality, generating well being, and preventing diseases with its tonic effects.

The treatment with this natural supplement increases the number of white globules, researches showing a possible role of Ashwagandha in preventing some types of cancers.

The main active substances in the Ashwagandha root are steroidal alkaloids and the steroidal lactose.

The most important natural components of this herb’s root are:

withanine and withananine
• somnine, somniferine and somniferinine
• Propionate
• cuscohygrine
• anserine and anhydride
• VII and VIII sitoindozide
Withaferin-A is recognized as an essential bioactive agent in the treatment of colon cancer.
With positive actions on endocrine, cardiovascular and central nervous Ashwagandha is used in Asia and North Africa for its effects:

Prevents ageing
Reduces hypertension
Reduces the cholesterol
Fortifies the nervous structures
Decreases the time required for wounds to heal
Improves concentration and the mental ability
Increases the quality of the sperm
It is a hepatic tonic
Increases the resistance and physical force
Reduces the cholesterol
Fortifies nervous structures
Decreases the healing time of wounds
Improves concentration and mental ability
Enhances the quality of sperm
It is a hepatic fortifier
It increases resistance and physical force
Traditionally, it is used to treat chronic fatigue, dehydration, weak teeth, impotency (combined with other traditional remedies such as Branca Ursului).

Besides traditional usage, the beneficial effect of Ashwagandha was also observed in during recovery after surgery and after tuberculosis. Of course, the Ashwagandha treatment must only be used as a complementary method for the treatment recommended by the GP or by specialists.

Dale Kiefer, a research pioneer in natural remedies and supplements, says about Ashwagandha:

“Ashwagandha, the exotic Indian plant has remarkable properties of fighting stress, an effect resembling with the potent medicine to treat anxiety and depression. It is also a welcome aid for treatments of Alzheimer and Parkinson. Ashwagandha has potent antioxidant effects that slow the ageing process and prevent certain types of diseases.
Beneficial effects of Ashwagandha on the nervous system.
Stress, toxins and inadequate nutrition all have adverse effects on the nervous system. Studies show the beneficial impact of Indian Ginseng n this area. It fights stress effects, but it also protects the brain cells against the adverse effects of the modern lifestyle.
For example, in the moments of anxiety and depression, it was proven that Ashwagandha is just as efficient as some tranquillizers and antidepressants. Administrating Ashwagandha pills for five days is enough to feel the first effects of depression. It is similar to the impact of Lorazepam.
Stress can cause the oxidation of lipids, decreasing the level of antioxidant enzymes. Premature ageing is also associated with stress and chronic anxiety, but the potent antioxidant properties of Ashwagandha extract can fight those problems too.

In one of the complete studies about this Indian Herb and other Indian Ginseng herbs, researches discovered the beneficial effect of this treatment, many of the adverse effects of stress can be associated with the increased levels of cortisol. The participants reported an increased level of energy, reduced fatigue, and a decreased level of blood sugar with 20%.

During the last five years, the Natural Medicine Institute of the Pharmacy University in Toyama, Japan, did some researches about the benefit of Ashwagandha on the brain. Scientists are now looking for methods to regenerate the components of the nerve cells. This research shows that Indian Ginseng can help people that suffered from cerebral lesions.

This research and others show that Ashwagandha could help to heal a vast gamma of diseases. It is only the beginning of researchers about Ashwagandha and what it can do for physical regeneration of the blood cells.

We can’t say that ashwagandha extract is a wonder substance that would heal anything, but in case of certain types of cancers, it may stop the growth of new harmful cells. Withaferin-A is a specific chemical substance in Ashwagandha, and it was more effective than doxubrucine, a material used in chemotherapy, especially in treating colon or breast cancer.

Why Ashwagandha and what it means for the future of medicine?

Most of the benefits of this Indian Ginseng comes from the antioxidant properties of the herb, and its capacity to eliminate the free radicals.

Two principal classes of composites, the steroidal alkaloids and the steroidal lactones are responsible for those effects. The pharmacological activity of Ashwagandha was attributed to withaferin-A and Withanolide D.

Ashwagandha also has anti-bacterial properties, fighting the potentially dangerous bacteria, including Salmonella.
Chronic stress asks for a high price, even if it is a necessary part of modern life. Any of the degenerative diseases such as premature ageing and arterial tension are effects of this. We need strategies and advanced ways to fight stress, as long as some of the pharmaceutical products that we have at our disposal are not sufficient anymore.