Heracleum Sphondylium is the scientific name of a plant family belonging to the genus Heracleum Maximum. Its genus reflects the fact that all parts including the leaves, the stem, and the flowers are of enormous size.

It is a herbaceous plant that is biennial in nature and belongs to the umbelliferous family. While the genus of the plant is named after Greek hero Hercules, its species name is Sphondylium that means vertebrate or having a segmented stem. Heracleum Sphondylium is the botanical name but this plant which is found all over Europe and North America on the road verges. It is commonly known as hogweed, cow parsnip, or simply common hogweed.

The reason why it is called hogweed is because of its use as fodder for pigs. It loves to grow quickly in most places and mountainous regions in nitrogen-rich soil. It is commonly used for manufacturing food supplements that can be taken without a prescription as an aid for fertility and impotence conditions. 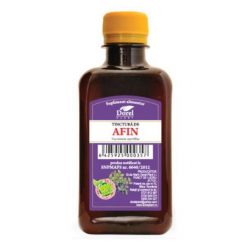 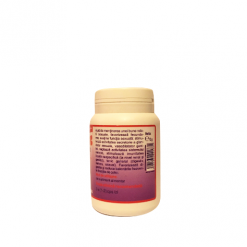 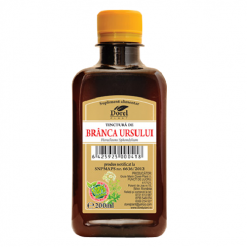 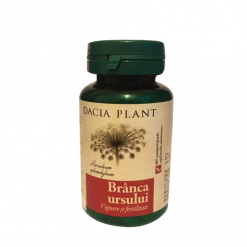 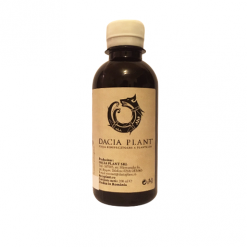 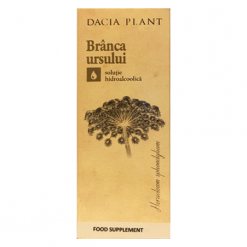 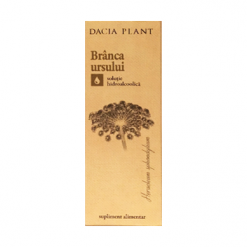 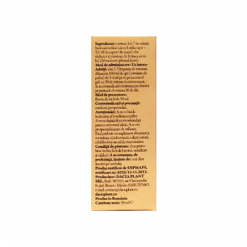 This plant can be seen growing along the roadside and in the ditches with home garden owners scurrying to remove this plant as soon as they see it growing inside their gardens. This is because of the ability of sap of this plant to cause an allergic reaction such as rashes and blisters on human skin. Also, the fact that this plant grows quickly and towers over other plants in the garden makes people go for its removal. 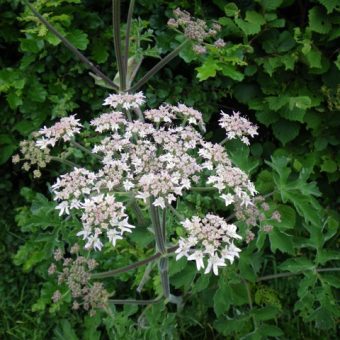 However, hogweed is a very good herbaceous plant to have in your garden if only to cover empty places. Its large leaves and flowers become a centre of attraction in your garden. Its flowers are in the form of a flower bed that is flattened at the top. There are many flower heads in this flower bed and each head is made up of several tiny white flowers, each containing 5 petals. You will find the flowers of this plant attracting lots of bees and butterflies because of a nasty scent that they produce. A single stick of the flower bed of this plant is enough to spread a vanilla-like fragrance in your room if you keep it in a vase.

In many parts of the world, Heracleum Sphondylium is considered a natural aphrodisiac. The leaves and roots of the plant are converted into a tincture form that is used to treat various sexual problems. Many companies sell tablets made from the extract of this plant that is used by people to boost their sexual energy. In Romania, the extract of this plant is used pretty much like ginseng which is a very common herb used for strength and vitality.

Aerial parts of this plant are used to make a tincture that is used for the treatment of general debility. As the sap of this plant can cause burns or rashes on the skin, you must take care when trimming or cutting the stem. Also, do not use the plant for medicinal purposes if you are not sure about its identity. It is a good idea to have your plant checked by the experts before trying its parts for medicinal purposes.

The plant is commonly used in Eastern Europe in manufacturing natural extracts such as capsules and tinctures. It is one of the most popular plants used since antiquity as an aid in treating a large number of problems, most of them connected with impotence and lack of sexual appetite.

Cow Parsley is a beneficial plant used for tinctures and capsules designed to improve the general wellbeing of the body. The young shoots of the plant look like a common flower, but they grow really fast and can reach heights of 2 meters and more.

It is known as a natural aphrodisiac and has blood vessels dilating effect. People use Heracleum Sphondylium extracts to treat anxiety, infertility, and even as an aid for treating STD’s.

In the UK, people can buy this product from Naturemedies, and it can be taken without a prescription. Even if the product is most popular with Eastern European customers, UK consumers started to understand the benefits of Heracleum Sphondylium and to buy this product online with trust.

Make sure to consult your GP before taking any food supplements. Do not replace any medical treatment with Branca Ursului or other plant extracts. Even if the products we promote are less known in the UK, people from other parts of the world use them for a while in treating medical conditions.